Chris Weston
Head of Research
Share
With good buying in EU equity markets, cash equities closed in US trade and an early close to futures markets saw US trade an unsurprising non-event. The cogs will really crank up accordingly from the tun to Asia.

As we touched on in the note yesterday, the focus has turned to EU and UK trade talks and the market has got a touch excited about movement. Where we see cable 1-month implied vol moving to 9.82%, the highest since 30 June. As we get closer to the 15 October EU Summit and deadline, I suspect vols will increase.

GBPUSD has been the weakest link in G10 FX and sits at 1.3168, having been as low as 1.3141 and resides at the 22nd percentile of the sessions trading range. Although to be fair, nothing has happened through US trade and we see price just meandering sideways. This won't surprise given the US equity and bond cash markets have been closed for Labor Day. As suggested yesterday, like many I'm keen to understand if the GBP trades more as a political currency. Just as it did throughout 2019 and not as a risk vehicle to express market sentiment similar to the AUD. The rising 1-month implied volatility suggests that may well play out, although vols still trade at a discount to AUD, NZD and NOK. So there's a limited political premium built into price.

At a simplistic level, if I work on the notion that GBPUSD holds both below the 5-day EMA and 20-day SMA below the pivot point and sits towards the session low, it makes it tough to be long GBP. This offers risks that we see 1.3050 in play, although that call will be validated if price can crack 1.3141. Conversely, given the current bearish trend developing, the risk on any rally is for sellers to fade moves into the 5-day EMA.

I have put this simplistic matrix together using Excel RTD (Smart Trader Tool), which is pulling out data from MT4 and just set conditional formatting to show if the price is above or below both MAs. if you’re a client you can do this fairly easily. Just reach out and I’ll send a guide. 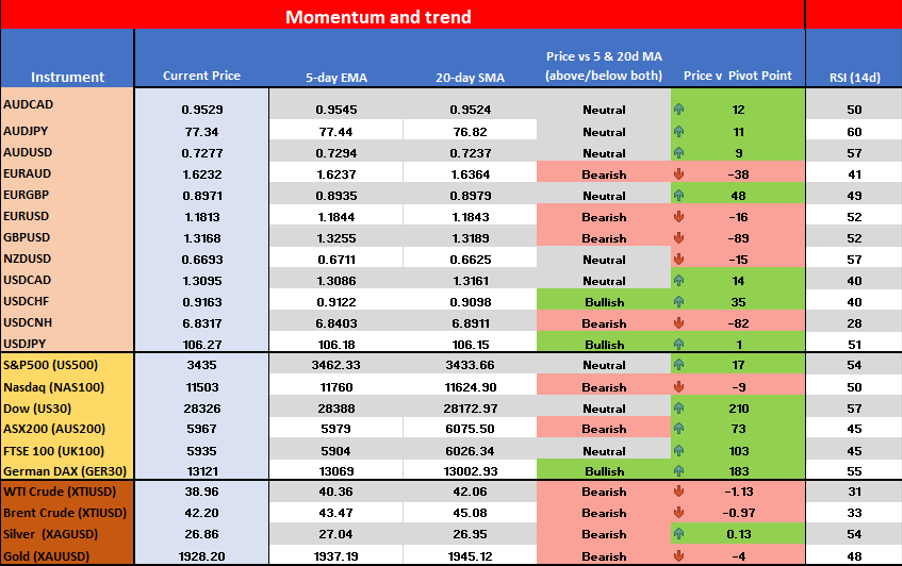 If I look at the CFTC weekly futures positioning report (CoT), I see both asset managers and leveraged funds running incredibly neutral in GBP futures and it would be a battle with AUD for the most neutral setting in G10 FX positioning. This is also true of ETF flow where the net flow (into UK ETFs) has been balanced.

What I'm watching are GBPUSD 1-month risk reversals and they are starting to move lower, which shows traders have been better buyers of put option volatility (over calls). This typically gives me some of the best visuals on sentiment. There are many ways to assess the GBP as a political currency and the extent of the political premium priced into the currency. Right now it’s very low – I suspect that will change.

EURGBP makes interesting viewing and trading this week, notably with the ECB in play. On the session we’ve seen buyers with a high of 0.8993, which is actually a fairly sharp move given price reached the R3 (pivot points) and the 20-day MA. In any other condition I would start to fade rallies in this pair here, given this looks like a mean reverting move that has played out. But with rising GBP implied volatility driven by concerns of political shenanigans, it lowers my conviction sufficiently that I won’t be involved.

Fundamentally, we know UK-EU talks are starting today with the market reacting to the FT report of an internal market bill which could undermine or water down the Brexit withdrawal treaty. But if I look at the dynamics, I see expectations are low for a breakthrough in this week’s trade talks (small GBP positive), but the news flow will hardly entice GBP buyers and seems unlikely to show convergence between the two parties (GBP negative). EUR positioning stands at record highs while GBP is neutral (small GBP positive). We have the ECB meeting on Thursday and Christine Lagarde will prepare the market for further easing and should be cognisant not to give fuel to EUR bulls - the FX risk here is symmetrical.

So, my incredibly simplistic EURGBP fundamental playbook suggests EURGBP risks are skewed both ways and there is no easy trade – when are they ever?

USDCHF looks the better trade for me. It’s one that has been on the radar, but price action is shaping up nicely and a move through 0.9160 would raise the prospect this starts to trend. 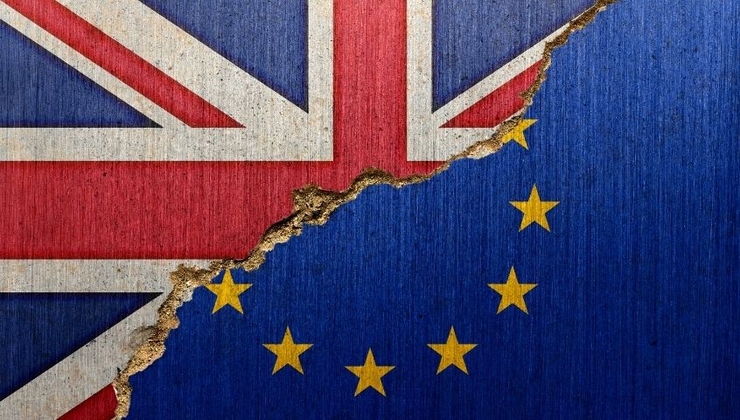 The week ahead: Focus falls on tech volatility, ECB meeting, and EU/UK talks 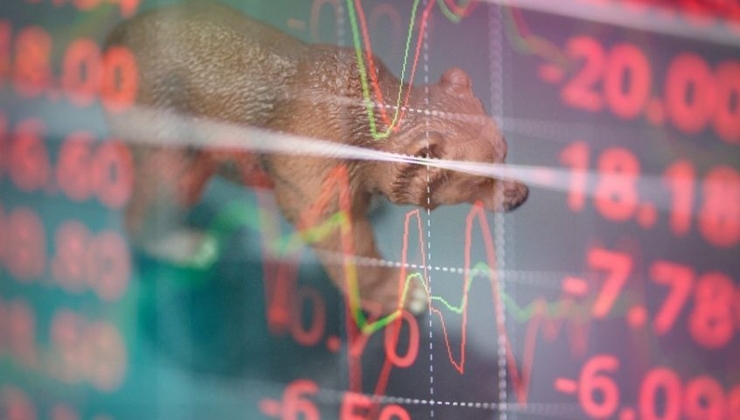